Why go from Windows to Ubuntu? 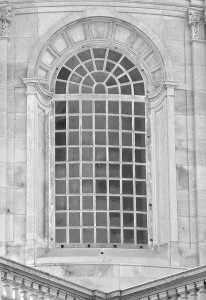 Yet people continue to use it, despite issues such as having to buy a new printer to work with a new version of Windows (told to us just a couple of weeks ago by the poor victim), Word documents not working between different version of Windows and the changes between some versions of Windows being easily as great as the differences between Windows to Ubuntu or Mac OS.

Why cling to Windows?

Why do people continue to cling to an operating system that causes them such hassle and chagrin? Reasons vary. Of course there are those Windows users who find everything works just as they want it to across desktop, cloud and mobile – great, this article isn’t about them. This article isn’t either about those who use Windows because that’s what their employer provides them with, or because other hardware or software will stop working if they dare to stray from the prescribed path, or because they simply wouldn’t know how to go about making changes.

Why Nigel James went from Windows to Ubuntu

This article is about an article by and about Nigel James, a lifelong Windows user who found himself needing a new improved system – he chose Ubuntu on a DELL box. What we love about this migration from Windows to Ubuntu is that it was made in response to requirements and on the merits of Ubuntu. This is what software choices should always be about – what do I need to achieve? Which system offers me the wherewithal to achieve it? Off I go. Software choices should never be based on license fee price or fear/threat of reduced interoperability.

Nigel James lists out what he likes about Ubuntu, with a nod to the lovely powerful machine it’s running on, and it’s well worth reading. This is our favourite snippet:

The performance is awesome
This is perhaps down to Dell and the face that I have all the memory and SSD that I do but to be up and running from a cold start in 30 seconds is fantastic. My old clunky creaking Windows machine was literally come back after you have made your second coffee.

Occasionally we have the joy of working on a Windows machine, never out of choice, and we think second coffee is conservative. How about making the dough for the croissants to go with it? We love Ubuntu and all the open source software we work with and that makes our lives easier. We’re always happy to advise on switching from Windows to Ubuntu or any other non-Windows system, or about switching away some programs from proprietary to open source. Please get in touch if you’d like to talk it over.

National Museum of Computing @bletchleypark Park will be holding its first-ever ElectroJumble tomorrow, Sun 21. Over the years they have accumulated many pieces of electronic apparatus and components that are surplus to requirements. FFI tnmoc.org #hamradio #hamr